What Is the “Depression Helmet?” 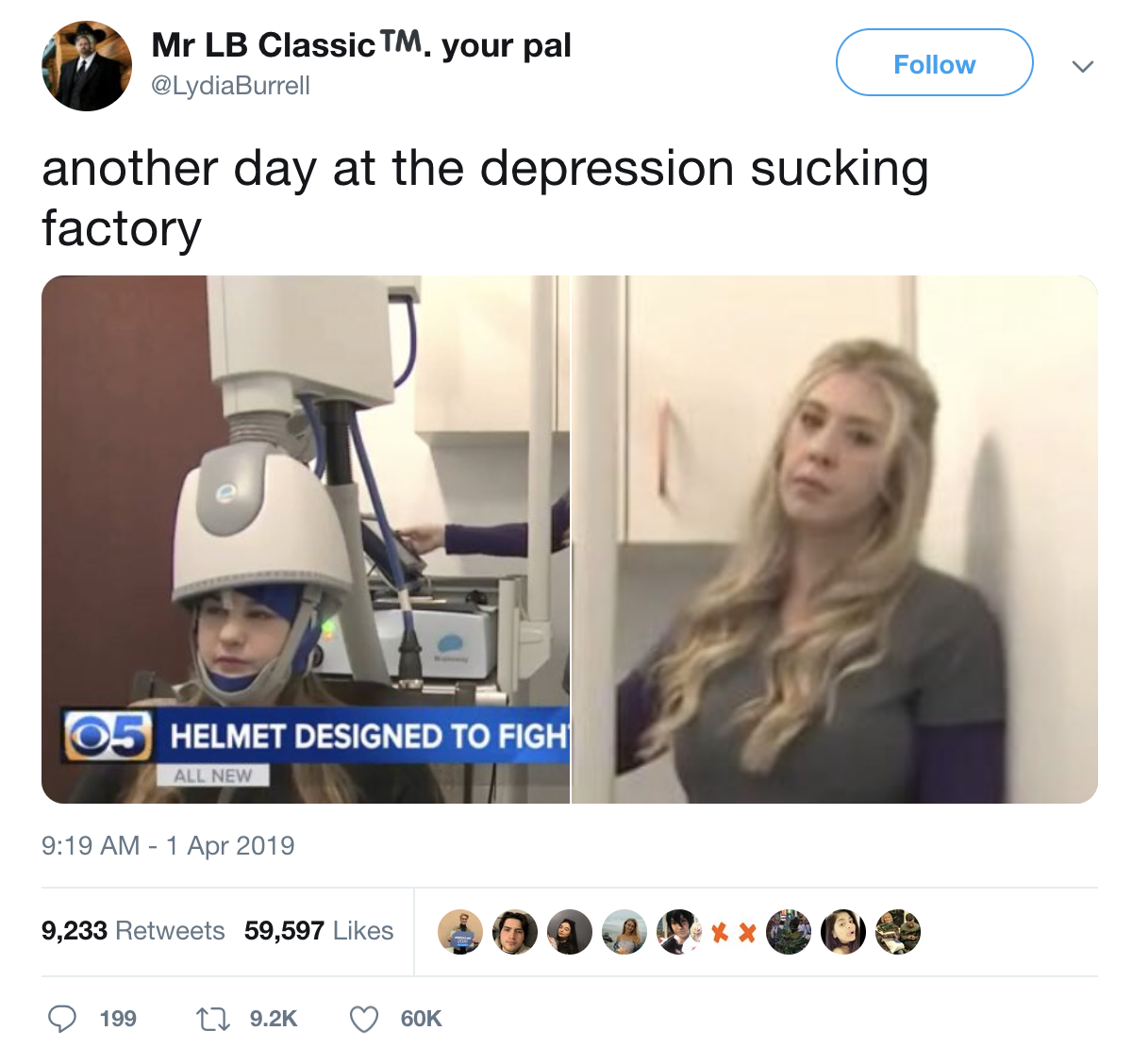 How the TMS Helmet You’ve Seen on Social Media Works, and Why I Don’t Use It

Thanks to some recent viral social media posts, the internet has been buzzing about the “depression helmet,” which is actually a method of delivering transcranial magnetic stimulation therapy. Transcranial magnetic stimulation, also called TMS, is a noninvasive method of relieving symptoms of depression using magnetic fields. TMS is a good option for patients who have tried multiple rounds of antidepressant medications or talk therapy, but have not noticed an improvement in their symptoms.

TMS has been proven to be effective in over 30 clinical trials. Read about some of them here.
As a psychiatrist who treats certain patients with depression using TMS, I want to address the recent attention of the depression helmet, or as one reporter described it, “a hair salon dryer chair with chin straps”.

Today, there are two main types of TMS therapy being offered to patients: deep TMS using the Brainsway device, and repetitive TMS (rTMS) using the NeuroStar® device. Both TMS methods precisely deliver electromagnetic stimulation to a specific region of the brain known to regulate mood. The depression helmet is a patented device by Brainsway, and is used to administer a kind of TMS called deep TMS (dTMS). The type of TMS I use in my practice is NeuroStar® ‘s repetitive TMS (rTMS) device.

What’s the Difference Between Deep TMS and Repetitive TMS?

So, if both types of TMS are successful in relieving depressive symptoms, what is different about the two?

The technology in the two devices targets a region in the brain called the dorsolateral prefrontal cortex (close to the forehead). However, a difference in the coil design of these technologies means that each device targets the brain at different depths NeuroStar® ‘s rTMS uses a figure-8 coil and reaches roughly 1.5 centimeters in depth. The Brainsway’s uses an H1 coil and stimulates the four centimeters deep. (4) Read more about the difference between and rTMS.
An important distinction between these two technologies is the risk of seizure each one carries: The seizure risk for Brainsway is nearly 10 times greater than Neurostar. The seizure rate for Brainsway is one in 4,800 treatments, while the seizure rate for NeuroStar is less than one in 48,000 treatments. According to treatment frequency and protocol (each patient receives 36 treatments), we can estimate that one in 133 patients treated by Brainsway will have a seizure.

Why Do I Choose to Use Neurostar for TMS Instead of the “Depression Helmet?”

I have devoted my practice to the use of Neurostar’s figure 8-coil technology because it does not carry the substantial extra risk of seizure. Although there’s never been a study that directly compares deep TMS with repetitive TMS, I’ve gathered pertinent information from reviewing dozens of research studies, attended meetings, and worked with researchers for numerous years to figure out the best treatment for my patients

If you’re interested in learning more about treating depression using repetitive TMS with the NeuroStar device, contact our office about TMS in NYC today. You can also learn more about TMS therapy costs.