Depression and Memory Loss: Does Depression Cause Forgetfulness? 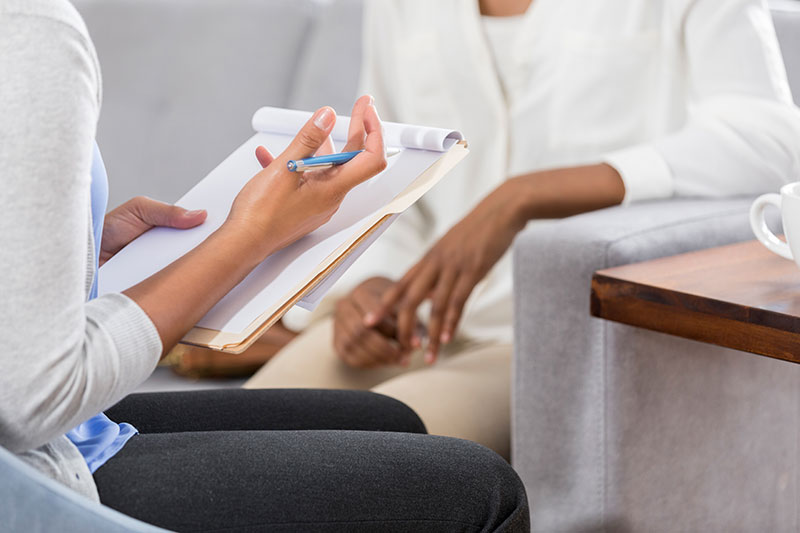 Many people may not realize that a common sign of depression can include difficulty with memory (forgetfulness) and concentration. For someone with depression, the ability to multitask, remember appointments, and make payments on time can seem overwhelming and, at times, impossible. Depression affects many cognitive functions (thinking skills) that contribute to memory, including attention, information processing, and executive functions (like memory retrieval).

Does depression cause memory loss?

Researchers believe that depression causes changes in the brain that affect memory. For example, when someone experiences a depressive episode, the body goes into a stress response and releases a hormone called cortisol. Too much cortisol in the brain inhibits the growth of new brain cells in a part of the brain called the hippocampus, causing it to shrink.(1) The hippocampus is very important for memory formation. It helps the brain form, organize, and store memories. This suggests that the stress response activated by depressive episodes may affect memory.

This disruption in cognitive function that can accompany depression symptoms can sometimes resemble the symptoms of dementia. Although not a diagnosis of dementia, when this occurs it is often referred to as “pseudodementia,” or dementia of depression. The good news is that by treating depression, patients generally find relief from symptoms, including difficulty with memory (forgetfulness) and concentration.

Most people who struggle with depression complain of fatigue and changes in sleep habits. These sleep disruptions can affect cognitive function. Depression is associated with an imbalance in certain neurotransmitters that regulate mood and also regulate sleep. This imbalance of neurotransmitters may be why individuals who struggle with depression experience insomnia (trouble sleeping) or hypersomnia (sleeping too much).

A recent study shows that getting too little or too much sleep affects cognitive function, specifically visual memory and response time. In this study, researchers found that the optimal amount of sleep for the brain to perform at its best was 7 to 9 hours and that sleeping less than 7 hours or more than 9 hours a night resulted in impaired cognitive function.(2,3)

Antidepressants can provide relief for depression symptoms. But certain antidepressants, like SSRIs and tricyclics, may cause difficulty concentrating or even short-term memory loss.(4) One study observed the effects of SSRI antidepressants in adult patients diagnosed with either depression or OCD (obsessive-compulsive disorder) over the course of 8 weeks. Study participants had no prior complaints of memory loss. To analyze cognitive function, patients completed a mini-mental state examination (MMSE) before starting medication treatment, then again at weeks 3, 5, and 8 of treatment. The MMSE, also called the Folstein test, is a widely used cognitive assessment tool that tests various cognitive functions, including attention, memory, orientation, and visual-spatial skills.(5) Researchers found that patients scored lower on their MMSE with each consecutive check-in (i.e. their cognitive function declined and they experienced memory loss) throughout their 8-week treatment course with an SSRI antidepressant.(6)

The results of these studies suggest that it is not antidepressants themselves, but anticholinergic drugs that increase the risk of dementia. It does not mean that antidepressants are unsafe. Antidepressants have helped and continue to help thousands of patients effectively find relief from depression.

How Depression and Anxiety Affect Memory Loss in Adults

A recent study reveals that adults who experience depression and anxiety in their twenties, thirties, and forties are at risk of memory and cognitive impairment in their fifties. The study analyzed information from the National Child Development Study, which began in 1958. This study followed participants starting from childbirth, through childhood, and into late adulthood to observe physical, social, and educational development.(9) Researchers observed that one episode of depression and/or anxiety did not have a significant effect on memory function later in life. However, they found a steady decrease in memory function in older adults when they had experienced two to three, or even more, episodes of depression and/or anxiety in early adulthood.(10)

Does Depression Cause Permanent Brain Damage?

Isolated incidents of depression usually do not have a profound effect on the brain later on, especially if the episodes don’t last for years at a time. But in adults older than 65, research has shown that repeated episodes of depression can predispose patients to develop dementia.

As for medications, most antidepressants have not been conclusively shown to negatively affect memory. In fact, they may actually help improve memory, especially if the patient has pseudodementia, which is memory impairment due to the effects of having depression. However, certain antidepressants that are anticholinergic — such as the older tricyclic antidepressants as well as other non-psychiatric medications with anticholinergic side effects — can put the patient at risk for short term or even long-term memory problems if they’re being taken for years at a time or taken by an elderly patient.

How to Seek Help for Memory Loss Associated With Depression

If you’re experiencing symptoms of depression, including forgetfulness, or if you’ve been diagnosed with depression and notice signs of memory loss, talk to your doctor. They may recommend a treatment option that is not associated with memory loss, like TMS. Click to take our quiz and find out if TMS is right for you.

Are You a Candidate for TMS?
Take Our Quiz

If you’re struggling with managing the symptoms of depression, consider counseling or talk therapy. Connecting with a trained healthcare professional can help patients cope with depressive symptoms, including memory loss and forgetfulness.