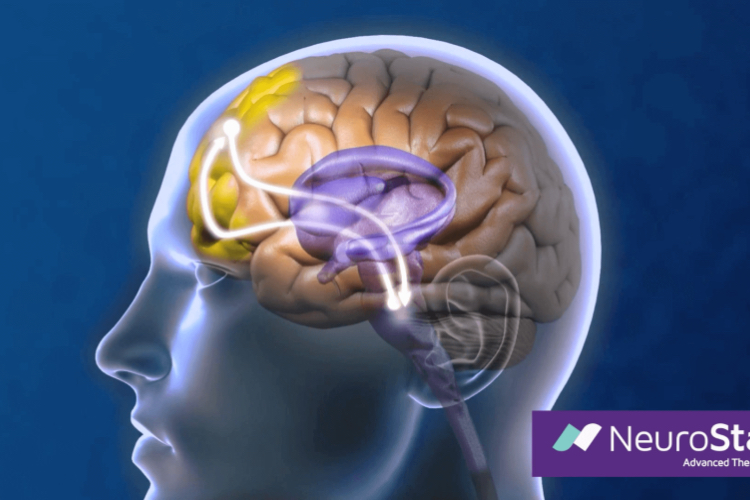 The brain functions through the activation of specific areas and the networks interconnecting them. When a brain area is active (or “on”) it uses more oxygen than other areas and therefore requires more blood flow to that part of the brain. Functional MRI, or fMRI, is a technology that visualizes which parts of the brain are most active at any given time by looking at the amount of oxygen and blood flow in that area.

What Functional MRI Helped Us Understand About Depression

Since the advent of fMRI in 1990, our understanding of depression has taken on a new dimension. Scientists have been able to see which areas of the brain become activated or deactivated during depression and recovery, and have even been able to visualize the cellular pathways that connect these areas.

How Can TMS Stimulate the Brain Surface to Reach the Deep Brain?

Transcranial magnetic stimulation, or TMS, works by sending magnetic pulses into the brain using a magnetic coil placed on the surface of the patient’s head. However, these pulses only reach a depth of a few millimeters — which means that they don’t get down to the limbic system. In fact, directly impacting deep brain structures causes unwanted side effects, like what we see in electroconvulsive therapy (ECT) treatment. But researchers have identified a different, surface brain region that can be targeted to treat depression: the dorsolateral prefrontal cortex, or DLPFC. How is this possible?

Looking at the fMRI scans of patients with depression who were being treated with TMS, researchers made maps of the visual signals to show more active and less active areas of the brain during TMS (1). This strategy allowed them to see that when magnetic pulses were applied to the DLPFC region, the cingulate gyrus of the limbic system became less active.

It was determined that the reason TMS and rTMS therapy for depression helped patients with depression was that there was a connection between the DLPFC on the surface of the brain and the deep brain structures (2, 3, 4, 5). The brain’s structural connectivity allowed the pulses delivered to the DLPFC to be propagated to the limbic system (6).  This suppression of activity in one region caused by the stimulation of another region of the brain is called anti-correlation.

In a 2012 study of this anti-correlation effect, researchers predicted the effectiveness of TMS for depression when stimulating different points above the DLPFC based on previous clinical results. They then used fMRI images from a large group of patients to look at the level of connectivity with the subgenual cingulate (a specific deep area of the cingulate gyrus) in the deep brain when these same points were stimulated. The points that were predicted to be effective had a greater suppressive effect on this limbic region. In fact, the suppressive effect of TMS on the subgenual cingulate accounted for over 70% of the variation in the clinical effectiveness when stimulating different points on the DLPFC.

Next, scientists wanted to test whether this pattern held true for individual patients, instead of predicting TMS effectiveness based on previous data. In a 2010 study in France, the research team used a published table of stimulation coordinates on the left side of the DLPFC. Enrolling 27 patients with depression to participate, they used TMS to stimulate these points of their brains. Then, they looked at how stimulating each point related to changes in the patients’ scores on the Montgomery & Asberg Depression Rating Scale and how strongly the activity of the subgenual cingulate was suppressed. The DLPFC sites that provided better results for the patients were the ones that had a stronger anticorrelation effect with the deep brain.

The results of the studies aligned. The key to the DLPFC being the most effective point of the brain for TMS treatment was its connectivity with the parts of the deep brain that became active in depression. The ability to suppress the action of the cingulate gyrus by applying magnetic pulses to the DLPFC is what makes it possible to provide non-invasive TMS treatment for depression.