Is TMS Effective for Veterans with Depression? Understanding the Results of the JAMA Psychiatry Study 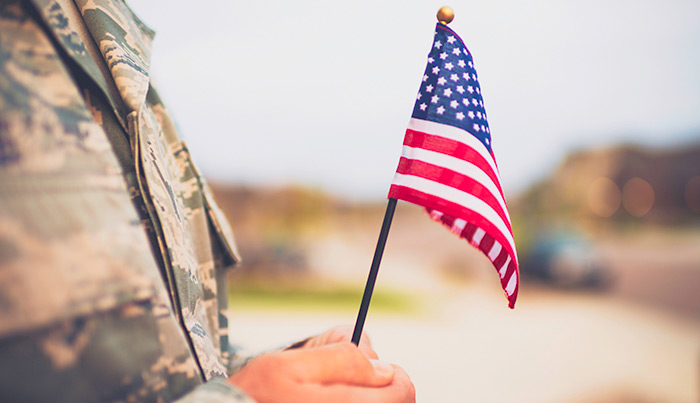 At Madison Avenue TMS & Psychiatry, we believe strongly in providing our patients with the best care, which in my opinion also includes access to the most accurate information available. As a physician, I take my responsibility to inform and educate my patients about their treatment options very seriously. Transcranial magnetic stimulation (TMS) is a relatively new procedure for the treatment of major depressive disorder (MDD), so I am constantly working to stay abreast of the most current research surrounding this ground-breaking treatment.

In my exploration, I came across an article in JAMA Psychiatry about a clinical trial studying the effects of TMS on a veteran population, performed in conjunction with the Department of Veterans Affairs. (1) The findings of this study were interesting to me because they show no difference in the depression remission rates between patients who received actual TMS treatment and those who received fake (or “sham”) TMS treatment. However, on closer examination of the study and other potential contributing factors, I want to explain how TMS was actually quite effective for treating depression. Any reputable medical researcher will tell you that population and population characteristics are key when designing a study and for understanding its results. The patients and their varied backgrounds, sex, medical history, and other characteristics can greatly affect how any treatment works and the results attained in a study of a particular group, and this was relevant in the veterans study.

One important characteristic of any medical study is comorbidity — when one condition occurs together with another disorder. This is because other diseases can affect the results of treatment for a condition. When considering the population of the JAMA Psychiatry study, it’s important to note that all of the participants were veterans with major depressive disorder (MDD), many with co-occurring PTSD and a history of substance use disorders.

In other studies that have examined the effects of TMS for treating depression,  patients with comorbid conditions were excluded. (2,7) A number of studies have been published in response to multiple, simultaneous treatments among veterans with posttraumatic stress disorder (PTSD). In these studies, veterans did not display the same positive results seen in civilians in trials with medication and psychotherapy. (2)(3) It’s particularly important to note that veterans experience co-occurring medical and psychiatric conditions, which complicate their clinical presentation and can reduce their response to treatment (4).

In the JAMA study, the participants had numerous comorbid psychiatric disorders: 49.4% of participants had PTSD and 53.7% had a substance use disorder (compared with no comorbid disorders found in other key TMS studies). There was little difference between active TMS and sham TMS for those patients who had a combination diagnosis of MDD and PTSD, and rates of remission were also lower in this comorbid group. Other clinical trials of transcranial magnetic stimulation have used civilian participants who were screened to ensure they were free from medical and psychiatric comorbidities.

When looking specifically at the participants without PTSD, the treatment results with TMS were more robust — rates of remission were higher for patients who underwent active TMS treatment and only had major depressive disorder (MDD) without PTSD, compared with similar patients who underwent sham treatment. Twenty participants (48.8%) without PTSD who received active TMS achieved remission — a rate higher than the overall mean found in the study. Only 13 participants with MDD and PTSD (32.5%) demonstrated remission — a rate lower than the overall mean. Thus, it appears that in this study, the diagnosis of PTSD in a participant may have diminished the overall effects of TMS.

Another important thing to take away from this veterans study is that the occurrence of PTSD along with MDD also had a moderating effect on maintenance of remission over 24 weeks. That is to say, it appears that the patients who had been diagnosed with MDD and PTSD had less success staying free of depressive symptoms. At the end of the follow-up phase, 14 participants (34.2%) who had MDD without PTSD and received active TMS treatment maintained remission (remained free of depression symptoms), compared with only 2 participants (5.0%) who had with MDD with PTSD and received active TMS treatment.

Another important population characteristic to consider in the JAMA veteran study is the sex of the patient. In this study, the population differed from most TMS studies in its high proportion of men (80.5%) compared to women. This is important because other TMS research has shown that women may have a better response rate to TMS than men (5). Even with the small female population of the JAMA study, the results also displayed that women had higher remission rates than men.

Age can also be a critical contributing factor to a patient population, as age can often complicate medical conditions, symptoms, and responses to treatment. Compared with participants in the OPT-TMS trial (6), another TMS study, the veterans in the JAMA veterans trial were 8 years older on average and tried at least two antidepressants, which was more than the average in other studies.

The amount of exposure that a patient has to care providers can also make it difficult to distinguish results from the studied treatment and results from these provider interaction while receiving treatment — especially in cases of mental illness. The JAMA veteran study was remarkable for the high remission rate in patients who received the sham TMS treatment, which obscured the effects of the active TMS treatment. In the OPT-TMS study mentioned above, the researchers met with their participants with a similar frequency (number of visits) as in the JAMA study, but it’s noteworthy that the visits in the JAMA study were almost twice the length of those in the OPT-TMS trial (6).

Veterans in the JAMA study were evaluated before each treatment session to confirm their adherence to a stable regimen of psychotropic medication, as this was a requirement for participation in the trial. Both active TMS and sham TMS participants had daily meetings over 20 to 30 days with mental health professionals. This regular contact with study staff was more extensive than is typically provided even in outpatient mental health settings. Furthermore, it’s important to note that 76.2% of the participants in the study’s population were unemployed and thus likely socially isolated and/or inactive, potentially making the added interaction with providers more relevant. This raises the possibility that the high remission rate among participants may be in part due to the increased activity and contact with study staff, which is consistent with effects seen in other trials of behavioral activation.

If you’re interested in learning more about TMS treatment and how it might affect you, please visit our page “What is TMS?” You can also learn more about the TMS therapy success rate or contact us with any questions.