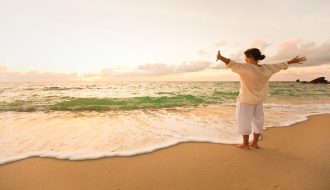 The STAR*D study looked at the success of antidepressant medication in the treatment of major depressive disorder.

In 2008, a famous study on depression, known as the STAR*D (Sequenced Treatment Alternatives to Relieve Depression) study, looked at the improvement among patients taking a series of different antidepressant medications (3). Patients entering the study had been diagnosed with major depressive disorder and wanted to try medication treatment for relief.

Let’s look a little closer at the patients in the STAR*D study who did not get relief from antidepressant medication, and compare them to TMS patients.

The patients who reached the fourth round of the STAR*D study had already tried three courses of antidepressant treatment without success. These patients were considered to have treatment-resistant depression. In round four of treatment for these patients, the remission rate was below 10%. The results showed that the more medications tried, the lower the likelihood of success with further medications.

What does this mean for treatment resistant depression?

Comparing the results of the STAR*D study and the results of the TMS study, it looks like patients with treatment-resistant depression may have a greater chance of successful treatment with TMS than with further antidepressant medications. You can learn more about the TMS therapy success ratehere.

If you want to find out more about how medication treatment compares with TMS treatment, read our blog post about it.